This time from the Microsoft camp.

Here’s another weird one I stumbled across during all the E3 coverage I was devouring this month. (Hey, E3 was during the week I was laid up at home. I had to do something besides watch Naruto for 10 hours a day.)I found this photo in a story on some gaming site. (I honestly can’t recall which one, as I was reading so many during that week.) 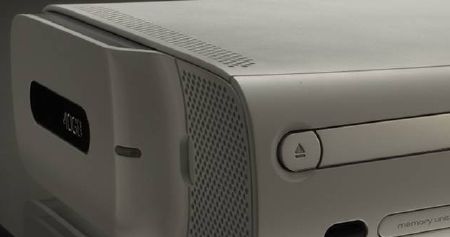 The photo isn’t anything really special, until you read the caption that went along with it:

“A closer look at the Xbox 360’s removable 20GB hard drive. Microsoft plans to pack these into every system on day one. Down the line, hardware upgrades are also possible.”

So what was the screwup here – the photo or the caption? The photo had to come from MS, but did the caption come from them as well? Did the person who put this page together not bother checking things out? And most importantly, will the Xbox 360 come with a 20GB or 40GB drive? Or will there be replacements available sometime after launch?These are the questions that need answering.